6th ACE of M.I.C.E. Exhibition by Turkish Airlines Strenghtened Its Leading Position in the Regional Respect With the Acknowledged Statistics 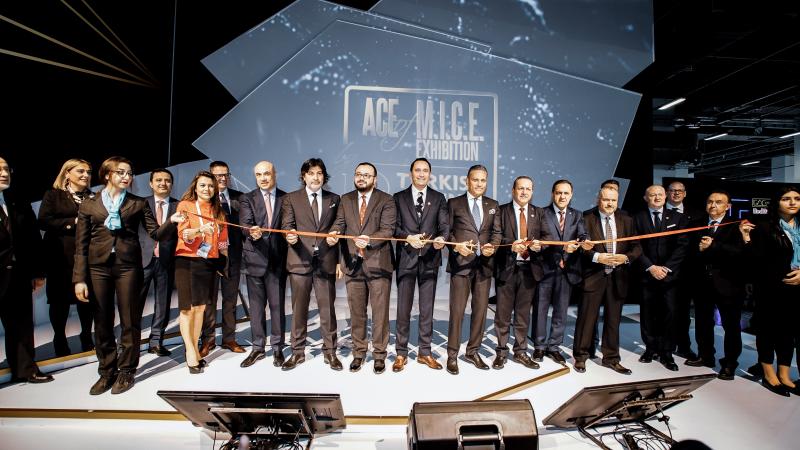 Turkey’s first and foremost MICE industry trade show, ACE of M.I.C.E. Exhibition by Turkish Airlines hosted the global MICE industry for the sixth time this year between 20 – 22 February with its motto ‘Connecting Dots’. The show has attracted many industry profesionalls as it has visited by 15.532 International and National visitors  amount of visitor number was 15.523 for the three day show.

254 qualified International buyers and 550 national hosted buyer have participated to the Hosted Buyer Program of the ACE of M.I.C.E. to engage B2B meetings with the exhibitors and participant firms. 5746 B2B meetings were set during the three day show.

Total annual events and meetings budget of the firms that hosted as part of program exceeded 6 Billion Euros for this year. Destinations of the firms Europe, Russia, India and Asia regions.

50 Speakers in 28 Sessions: Sessions From the Best Has Attracted Many Industry Professionals

Professionals from the best brands and agencies of the event industry were part of the 6. ACE of M.I.C.E. Exhibition by Turkish Airlines Speakers’ Corner Program to deliver their presentations on the themes of: experiential marketing & experience design, destination marketing, event technologies and esports. Sessions from globally known professionals and firms have attracted various industry professionals in Turkey.

Professionals from Organizer Firms and Event Management Companies of giant brands such as Audi, Google, Boeing and Lamborghini were at ACE of M.I.C.E. stage to deliver their presentations before the audience.

In addition, the panel of Association of Corporate Communicators gathered professionals from brands such as; SOCAR Turkey, TAB Food, Pepsi Co. and Sabanci University to discuss the anatomoy of event management from brand perspective.

ICCA Panel organized as part of the Destination Marketing theme which has sponsored by Çelebi Aviation Holding and gathered the top level managers of Convention Bureaus of  Russia, Seoul, Serbia, South Africa and Abu Dhabi in the panel which has moderated by ICCA Europe Regional Director Elif Balci Fisunoglu.

The show has officialy initiated after the opening ceremony in which many higlh level managers including, President of Association of Turkish Travel Agencies, President of Istanbul Chamber of Commerce made their speeches to introduce the sixth edition of ACE of M.I.C.E.

Networking Events of the ACE of M.I.C.E. again attracted the trade show’s participants. Hosted Buyers and International Speakers of the show enjoyed magnificent Istanbul Bosphorus by the Boat Tour which was the part of the show’s networking event program on 20th of February.

After the Boat Tour the Gala Dinner hosted its guests on the night of February 20, Wednesday with different shows and live perfomances along the delicious rich food menu.

On the second night of the show, AMEzing Party gathered 1500 of its guests for the most entertaining feature of the tradeshow  at Besiktas Dorock XL.