â€œGood first half year for UK meetings business is set to continue for the rest of 2019â€ observes Angie Mason, Chair of HBAA, as HBAA Meetings Barometer reports on first six months of 2019 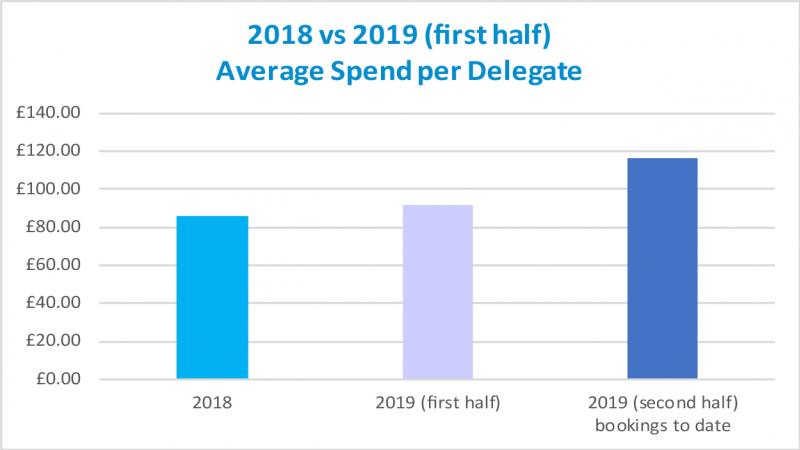 “It’s been a good first half of the year for the UK meetings industry and bookings for the rest of the year indicate that this buoyancy will continue until at least the end of the year.”

Angie Mason, Chair of the HBAA sees plenty of good news for the industry in the figures reported in the HBAA Meetings Barometer for the first six months of 2019.

The average day delegate rate (DDR) had also risen slightly from £32.89 last year to £33.17 while the average number of delegates has remained the same at 54.

Increasing confidence among event planners is reflected by the reduction of lead and conversion times.  The average lead time for forward booking of events has gone down from 79.7 days to 78.3 while the average conversion time went down slightly from 18.5 days last year to 17.9 days so far in 2019.

Looking at forward bookings for July to December, currently the average spend per delegate is up substantially to £116.54 and the average DDR up to £33.90.

Angie Mason, HBAA Chair observed: “The HBAA Meetings Barometer data highlights positive trends in the market and plenty of strong reasons to be optimistic and confident about business in the imminent future.”