Reed Exhibitions has announced its commitment to donate $1M over the next five years to selected not-for-profit partners around the world who are working to improve inclusivity and diversity in their local communities by supporting social change, fighting injustice and fostering development.

Alinne Rosa, Reed Exhibitions’ Global Executive Sponsor for Race commented: “The Reed Exhibitions Charity 2020 fund of $200k has been officially allocated to charities in Brazil, South Africa, UK and the USA. We are keen to embark on this journey, make a real impact in our communities and work with each of the organizations to help them to achieve their goals.”

Devon DeAngelo, Social Media Manager, Reed MIDEM (France), who has been coordinating the initiative on behalf of the Global Race Relations Committee (GRC), commented:  “The donation made to each charity will support Black and persons of colour in the communities in which RX is present globally. Each of the charities’ initiatives are directly related to the GRC’s objectives of People, Business and Community. Where appropriate, we will look to find opportunities to work with the charities to create workshops, hold open discussions, and identify mentorship opportunities across Reed Exhibitions. This exciting launch is just the start of a powerful partnership!”

The organisations that will benefit from the first tranche of donations are The Adus Instituto, Business Initiative for Racial Equality and the Zumbi dos Palmares University in Brazil; 18Twenty8 and Oliver’s House in South Africa;  Heritage Corner and The Racial Justice Network in the UK; and A Better Chance in Darien and Ally2Action in the US.

Business Initiative for Racial Equality (Iniciativa Empresarial pela Igualdade Racial) is a movement formed by companies and institutions committed to promoting racial inclusion and overcoming racism.  They provide written statements from companies on their commitment to ethnic-racial equality as well as investing in many other initiatives including the development of accelerating careers and preparing Black professionals for senior leadership roles.

The Adus Instituto, founded in 2010, works with refugees and others who are victims of forced migration, in the city of São Paulo.

The Zumbi dos Palmares University is the only university in Brazil dedicated to leveraging college education of African descent in the country. Its mission is the inclusion and qualified training of professionals committed to the values of ethics, human dignity and racial ethnic diversity.

Oliver’s House manages four social projects: Oliver’s Village Early Childhood Development Centre, the Educational Learning Centre, the Computer Training Centre and Oliver’s Village. Its mission is to inspire the disadvantaged by providing and creating a caring and stimulating environment; to empower the youth in establishing and following through on commitments; to expand the perspective of young people to make them aware of life’s possibilities and to surround young people in a caring inclusive learning environment.

18twenty8® is an award-winning, women-led Non-Profit Organisation that empowers young women by developing strategies for their educational and personal development. They encourage young women, between the ages of 18 and 28, to pursue higher education as an attractive and necessary tool for their empowerment.

Heritage Corner presents creative collaborations and public services on the historic African presence in Yorkshire.  Their focus is on exposing hidden narratives around Black history, exemplifying the structured and developed state of Africa pre Transatlantic Trade and colonialism. They also deliver safe space training workshops for people to discuss ideas around race and identity. Their approach is challenge not confrontation.

The Racial Justice Network (RJN), brings together over thirty organisations and individuals to proactively promote racial justice and address legacies of colonialism to change negative perceptions of migration and to stand up to racism through various initiatives such as Unlearning Racism Courses, Collective Conversations in the community at large, as well as consulting, reporting and workshops for companies with objectives to

improve in diversity and inclusion.

Ally2Action is a non-profit charity whose mission is to accelerate racial reconciliation by transforming fear of participating into a courageous engagement. They carefully curate content to educate and inform about race relations and Black history in the US, facilitating understanding on ‘how’ to participate in change.

A Better Chance in Darien, is a community school program that supports female students of colour from underserved areas. It’s mission is to increase the number of academically promising, young people of colour who are capable of assuming positions of leadership in American society. 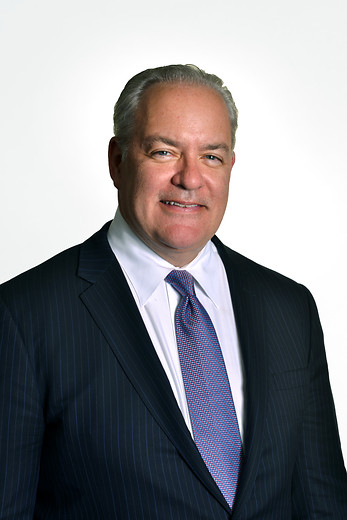 Hugh Jones, Reed Exhibitions CEO commented: “When we launched our Global Race Relations Committee in July last year, we made a commitment to contribute financial support to facilitate positive sustainable change, both in terms of funding, but also services to organisations that help support social change, fight injustice and promote the rule of law.  The charities we will support have been identified in order to create meaningful, enduring changes that align with Reed Exhibitions’ strategic priorities and values and I’m looking forward to working with them.”