Thailand Convention & Exhibition Bureau or TCEB initiated the Air Show to be organized for the first time in Thailand. Considering that U-Tapao Airport has great potential to be the venue of this event, the project was presented to the Eastern Economic Corridor Office of Thailand or EECO as an organization in charge of the development of U-Tapao Airport and the Eastern Aviation City. This international scale event will potentially upgrade Thailand’s status to the hub of the aviation industry in ASEAN. 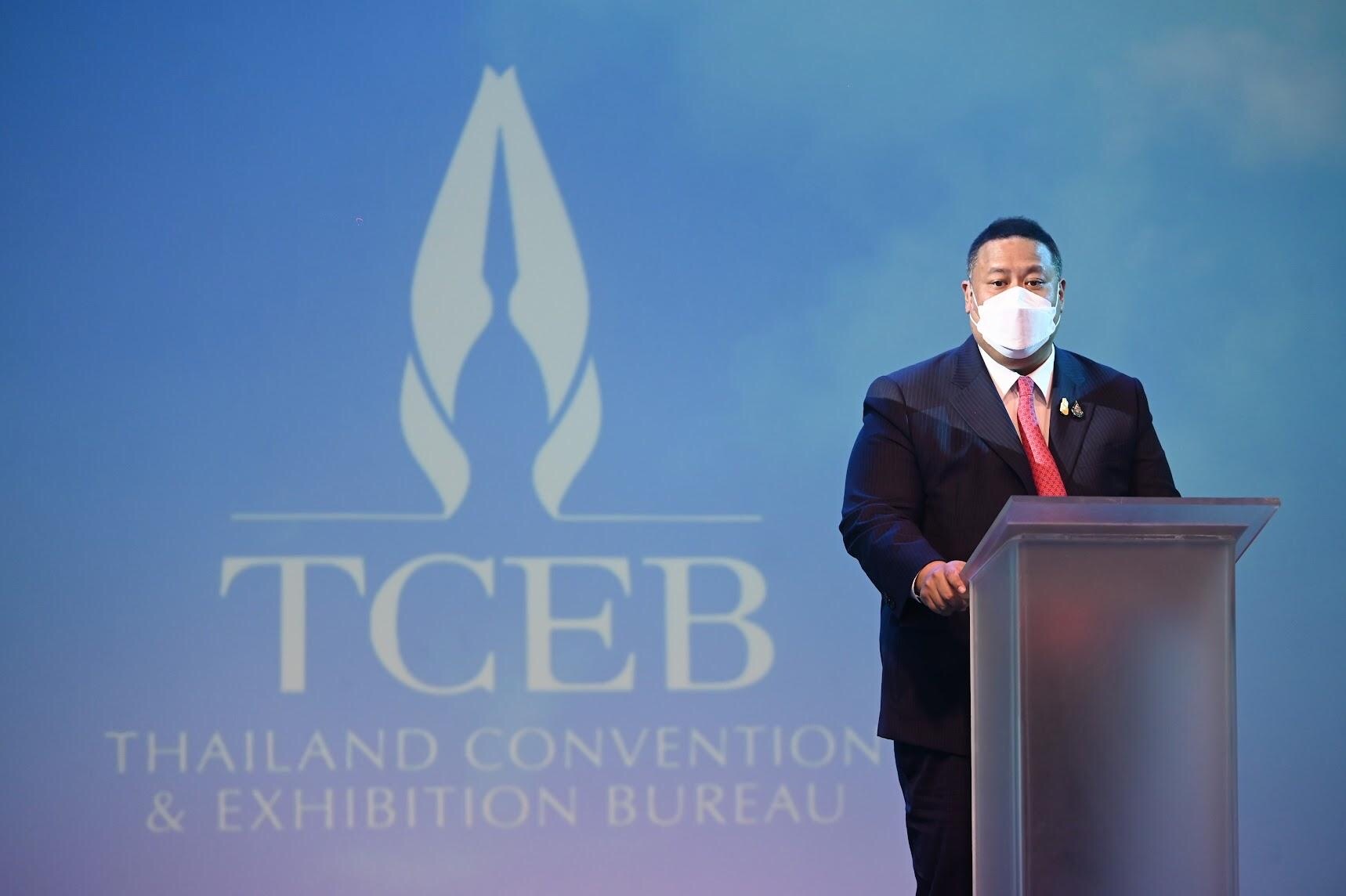 Mr. Chiruit Isarangkun Na Ayuthaya, President of Thailand Convention & Exhibition Bureau or TCEB said as the chairman of the event, “Having this first Thailand International Air Show will open a new dimension in many aspects, such as promoting Thailand as an exhibition center, and aerospace trade. It is a large-scale international event from the initiative of TCEB and is the driving force of Thailand's high-technology industry to the global market. In addition, this event promotes Thailand as one of the world's leading manufacturers and exporters of aircraft parts. According to the information from the BOI, in 2018, Thailand exported aircraft parts and equipment as much as USD$3.18 billion or around a hundred trillion baht. Entrepreneurs in the aforementioned industries will have the opportunity to participate in the development of the world's aerospace industry to their fullest potential” 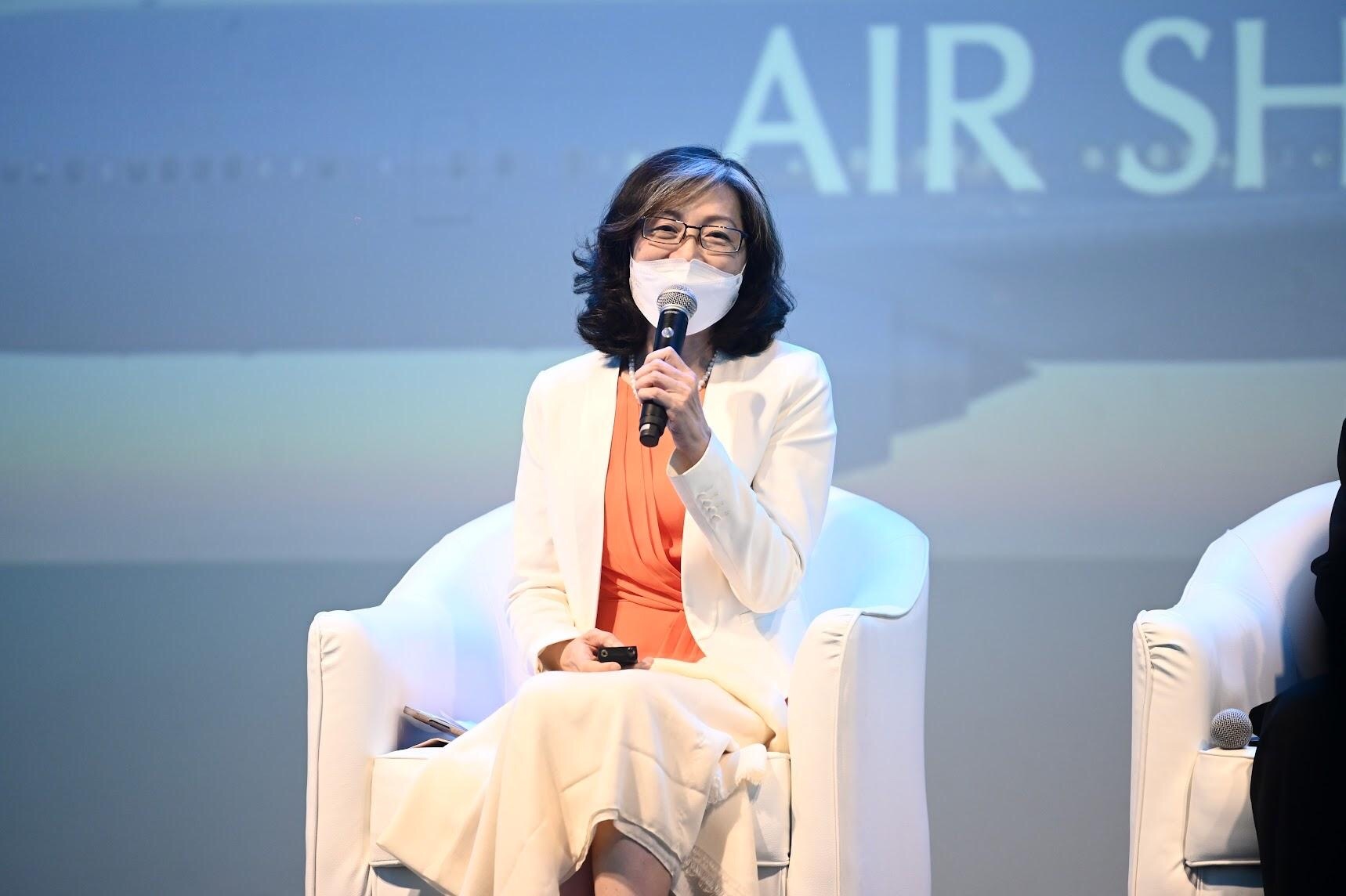 Ms.Nichapa Yoswee, Senior Vice President at Thailand Convention & Exhibition Bureau (TCEB) said “TCEB is not only the main organization in driving the MICE industry as a tool to develop the country's economy through innovation to create prosperity and distributed income to all sectors in a sustainable way, we also have a role as a National Bidder, bringing world-class events to be organized in Thailand to create a positive impact on the social, economic and ecological sectors of the conference trade show and international festivals from the Thailand 4.0 policy. The policy focuses on innovation-driven economy and the 20-year national strategic plan that aims to promote 12 SCurve industries, especially 5 new target industries (Focused Industries), in which the aviation industry and logistics (Aviation & Logistics) is one of them. The Eastern Economic Corridor (EEC) has a policy to develop U-Tapao International Airport and the Eastern Aviation City in the EEC area to elevate Thailand into the hub of ASEAN aviation industry. TCEB has initiated and pushed forward the "Thailand International Air Show" event to occur in Thailand under the concept of Future of Aerospace, which presents a position that emphasizes innovation in the future (Innovation Technology) to reflect the image of Thailand 4.0 in all sectors, whether civil, commercial or security forces.”

The idea and concept of bringing this world-class trade show to Thailand can be traced back to 2017 when TCEB responded to the industry 4.0 policy, and in 2018, Thailand by TCEB began studying data on air show events. In order to assess the feasibility of bringing the Air show to Thailand in 2019, TCEB has started to study the feasibility of the project, including various cooperation models to set up a framework for cooperation in organizing aviation trade shows. Moreover, public hearing activities and meetings with relevant agencies were organized. At present, TCEB recommended Thailand to be the host of the event by inviting relevant agencies such as the Eastern Economic Corridor Policy Office (EECO), U-Tapao International Aviation Company Limited (UTA), the Royal Thai Navy (RTP), and Pattaya City. Moreover, TCEB aims to elevate the aviation and logistic industries of Thailand and to prepare the entrepreneurs in MICE industry in the area to support “Thailand International Air Show” through “Road to Air Show” project. TCEB has initiated a trade fair and MICE industry conference under the name "Aviation & LOG-IN Week", which is a combination of shows, conferences, and mega events to increase the opportunity to participate and to add value to the business or industry and help to stimulate the positive impetus. TCEB anticipates that from 2023 to 2027, there will be a total of 28 new and continuous events in the EEC area as part of the project "Aviation & LOG- IN Week," with the Thailand International Air Show generating a positive economic impact to Thailand of over 8 billion baht during that time period.

Mr.Chokchai Panyayong, Special Advisor of EEC, mentioned about this cooperation, “The EEC is a government agency that intends to promote investment, enhances innovation and develops advanced technology in Thailand. The agency is responsible for facilitating business dealings in the Eastern Economic Corridor (EEC) area. EEC is pleased and appreciates the idea of the Thailand Convention and Exhibition Bureau (Public Organization) or TCEB that wants to push for an aviation trade show and world-class logistics in Thailand, which will promote the development of technology, products, services and labor, as well as increase the competitiveness of the Thai aviation industry as well as related industries in various fields to advance and be equal to international standards. In addition, this project is in line with the U-Tapao Airport Development Policy and the Eastern Aviation City in the EEC area to elevate Thailand into the hub of ASEAN's aviation industry.” "Because Thailand is unique in its geographical location and cultural attractions in each region, Thailand remains one of the most popular tourist destinations worldwide. In 2019, Thailand's six major airports can accommodate more than 140 million passengers per year, with up to 450,000 flights per year across the world. The country as a whole has a high demand for airplane maintenance services. The value exceeds 36,500 million baht, and the Civil Aviation Authority of Thailand has registered 679 aircrafts in the country.”

"In response to the government's strategy to boost the aviation sector and logistics in accordance with the national development plan, EEC has driven Thailand's development to increase its potential to become a fully-integrated aviation hub. As a result, one of the country's major infrastructure projects is the building of U-Tapao Airport and the Eastern Aviation City. Maintenance Repair and Overhaul (MRO), Part Manufacturing, and other associated components will be incorporated within the area to establish the groundwork for the development of a comprehensive aviation sector. The Thailand International Air Show event will be a stepping stone to declare Thailand's aviation industry's immense potential to be more than a tourism destination, but also an Aviation Hub or a one-stop service for the aviation businesses."

Mr. Sontaya Kunplome, Pattaya Mayor, elaborated on being as a host city, "The Thailand International Air Show is a great response to NEO Pattaya's strategy in order to push Pattaya to be a Smart City, the center of economy, investment, and transportation in the Eastern region." "The planning for this event is in line with Pattaya City's goal of becoming a Smart City." U-Tapao International Airport will be another significant Thai airport that will meet the new normallifestyle in terms of tourism, business, and housing. Pattaya City's new age, like that of other world-class international cities, will be enhanced by Digital Transformation technology, providing greater convenience for residents, businesspeople, and tourists. Pattaya stands out as the focal point of the Eastern Economic Corridor (EEC) development projects via numerous digital platforms. This effort will be able to build and improve the economy not only in Pattaya City, but also at the national level, distributing revenue to the people, including diverse entrepreneurs."

"Pattaya City is proud to be Thailand's representative city for hosting world-class events such as the Thailand International Air Show."

All participating parties believe the "Thailand International Air Show" will contribute to the development and progress of Thailand's community, society, commerce, industry, and economy. It will also proudly promote Thailand's reputation as an ASEAN aviation hub. 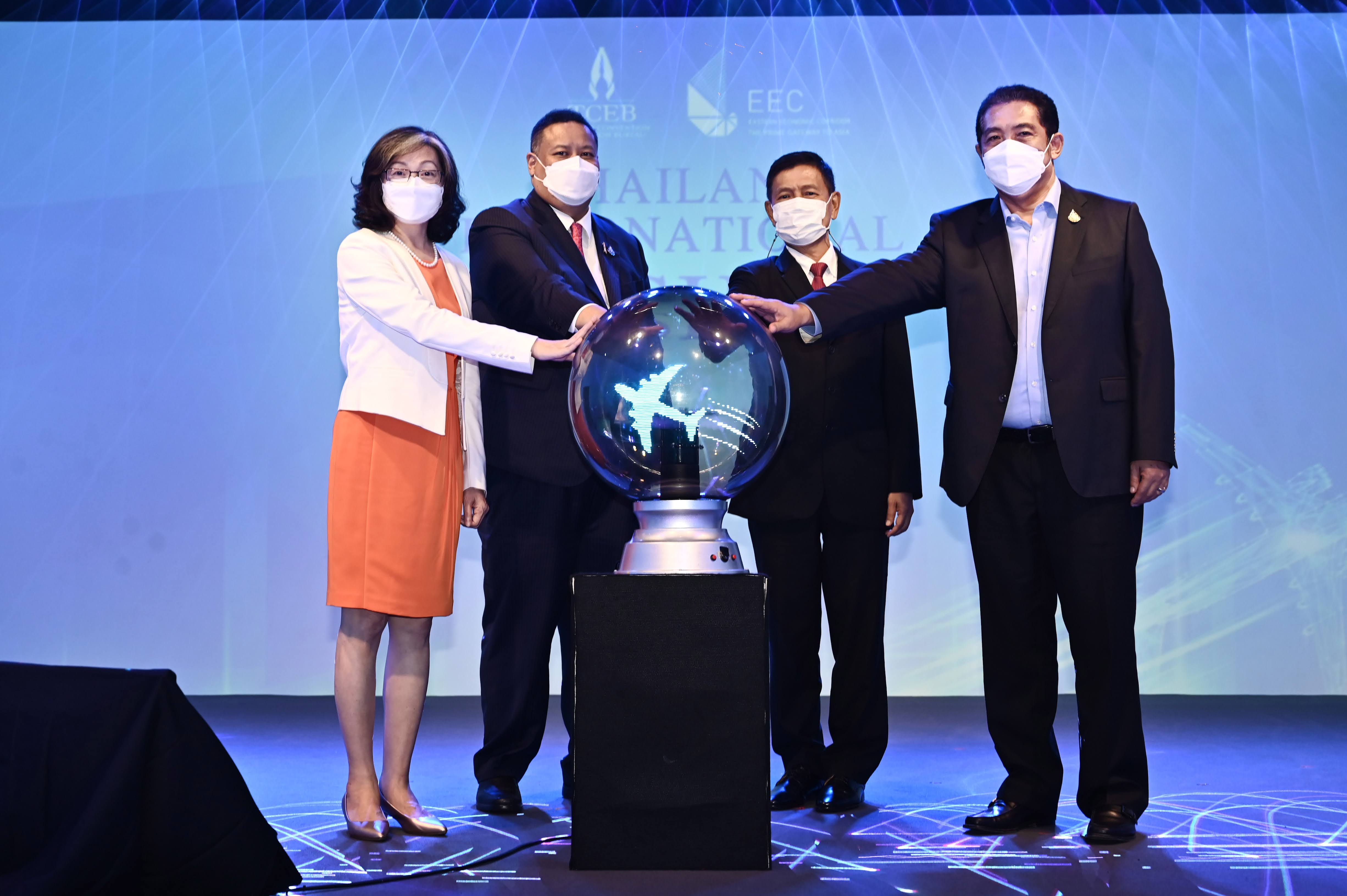