With a history in the exhibition industry stretching back some 800 years, the city of Frankfurt is accustomed to dealing with disruptions. In fact, the current pandemic joins a long list of historic events to afflict trade fair activity in the city during this time. For exhibition organiser Messe Frankfurt, Q2 of this year marked the end of the most recent interruption. After a break of more than two years, the company has made a successful return to its business in Frankfurt, with five of the company’s flagship events bringing together around 3,450 exhibitors and 133,000 visitors from 129 countries and regions for the first time since the pandemic began.

Given the importance of the Frankfurt exhibition grounds as a convergence point for some of the world’s most influential trade fairs, the resumption of business-as-usual has been met with a warm response from almost every industry group. In fact, the five events that have returned so far have already welcomed participants from industries as diverse as professional lighting & audio (Prolight + Sound), meat processing (IFFA) and the textile business (Techtextil, Texprocess & Heimtextil). 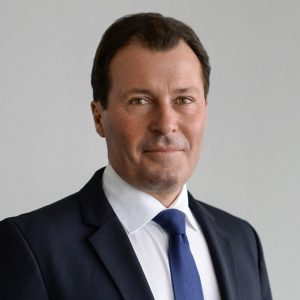 For Messe Frankfurt President and Chief Executive Officer Wolfgang Marzin, the resumption of such significant international events was long overdue: “It’s part of our DNA to bring business and people together, with entire industry segments relying on us to provide platforms that lead the way in terms of networking and information exchange. Our facilities in Frankfurt allow us to deliver truly world class exhibitions, which is why it’s so pleasing not only to have held the events since April successfully, but to have attracted participation from all over the world. The level of internationality at the Q2 fairs was truly impressive, with 129 countries and regions represented in one form or another.”

Although international events have allowed Messe Frankfurt to generate revenues throughout the pandemic, the company‘s exhibition grounds in Frankfurt, the beating heart of the company, have only been free of COVID-19 restrictions since April.

With a high level of internationality, Prolight + Sound was the first event to return to the calendar after the ease in restrictions, as some 400 exhibitors and around 20,000 visitors travelled from 32 and 93 countries and regions respectively. After a two year hiatus, the fair provided insights into the future of event and media technology, with a sharper focus this year on green technology and energy efficiency. A poll of visitors indicated that around two thirds expected the economic situation in the industry to improve in the future. Expectations were also high in May at IFFA, as exhibitors were greeted with a tremendous response from some 50,000 trade visitors from the global meat processing industry. With 58% of the 860 exhibitors coming from abroad, the fair provided a genuinely international perspective on issues of sustainable production, automated processes and digitalisation in all areas of processing, packaging and sales.

Wherever possible, event organisers have made adjustments to the trade fair calendar to account for cancellations during the pandemic. For the textile business, this meant a special one-time summer edition of Heimtextil in June to run in conjunction with the trade fair duo of Techtextil and Texprocess. Benefiting from synergies among textile buyers, the special arrangement drew some 63,000 visitors and 2,300 exhibitors to mark a triumphant return of these international textile fairs in Frankfurt.

In addition to its own trade fairs, Messe Frankfurt has also welcomed the resumption of guest events at its exhibition grounds. In May, IMEX, Europe’s largest trade fair for the meetings and events industry, brought together more than 9,300 participants from 76 countries and regions. In a clear sign that exhibition activity is on an upward trajectory, the event was just one of 35 guest events to be held at the Frankfurt grounds in May, with some 110,000 participants taking part.

Messe Frankfurt targets a strong end to the year

On the back of the successful run of shows at its Frankfurt base and the continued return of trade fairs and events around the world, Messe Frankfurt is targeting a strong end to the fiscal year, with €400 million in revenue projected. Responsible business practices will be a key part of this drive, with sustainability earmarked as a fundamental part of the company’s corporate strategy moving forward. With the introduction of a Sustainability Board to guide this new initiative, the company aims to emerge from the pandemic in a socially and environmentally friendly way.

In this regard, several indicators are pointing in a positive direction. In some of Messe Frankfurt’s key global markets, trade fair activity is gradually returning to pre-pandemic levels, while in Frankfurt, the company is preparing to host two of its flagship events in the second half of the year.

Exhibitors from more than 60 countries and regions have already confirmed their participation at Automechanika in September, the leading international trade fair for the automotive aftermarket featuring the sustainable remanufacturing initiative. While in October, a one-time Autumn Edition of Light + Building is expected to attract some 1,300 exhibitors from 46 countries and regions. For both events, additional networking lounges will be made available at the fairground, underscoring the importance that in-personal interactions will play at events held in Frankfurt following the pandemic.

“Having demonstrated that trade fairs can successfully return in Frankfurt, we now look ahead with optimism to the second half of the year,” adds Mr Marzin. “A key driver of our success moving forward will be the appetite among our clients for in-person encounters. If there is one thing we have learned from listening to our stakeholders during the pandemic, it's that no matter the industry, the latest solutions and developments are simply best discussed and presented in a personal exchange.”