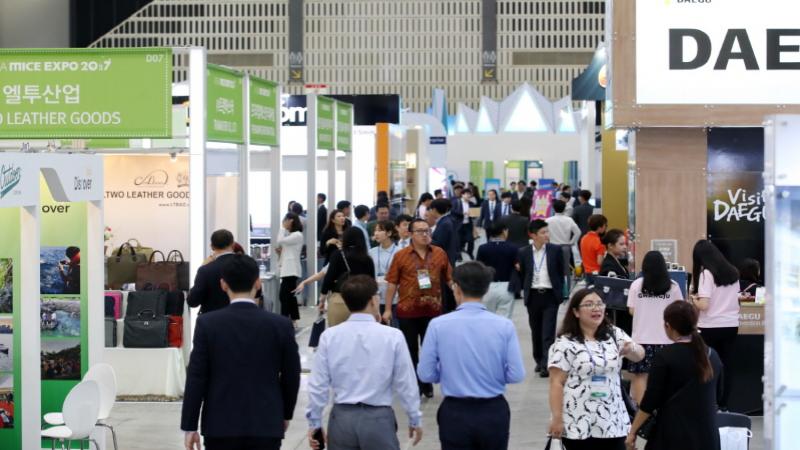 The two-day event will provide a perfect venue for over 2,000 expected attending MICE industry professionals to engage with 300 exhibiting local service providers, including convention bureaus, unique venues, and travel agencies.

To foster a business-friendly event, this year’s Korea MICE Expo will be in an unconventional format, ditching the usual sit-down gala dinner and forums.

“We want this expo to be bigger and meaningful to all the participants. We will make KME 2018 a platform where buyers and suppliers can truly acquire business potentials,” said Cheolbom Park, Director of the Korea Tourism Organization (KTO) Meetings & Incentives Team. A standing networking party will replace the usual sit-down gala dinner to let guests interact freely. Also, convention bureaus will showcase not only their MICE expertise but also their local food specialties during the reception.

For the first time, the Korea MICE Expo will have a theme ‘Hallyu meets MICE’ offering participants new venues, activities, and discussions related to popular Korean films, dramas, and music. A main highlight of the event includes the Opening Keynote by Mr. Soo-Wook Ahn, Executive Director of SM Entertainment, one of the leading entertainment groups in Korea. His speech will tackle ways on how to incorporate Hallyu (Korean Wave) in the MICE industry. Furthermore, the KTO Hallyu Tourism Team will also be joining the exhibition.

“Korea has become a favorable destination for incentive travel, especially for groups coming from Southeast Asia. The increasing number of groups returning to Korea is a testament that the country has an infinite selection of places and activities that are able to please varying preferences,” said Mr. Baeho Kim, Acting Executive Director of the Korea Tourism Organization - MICE Bureau. According to data, the number of returning incentive visitors to Korea in 2017 grew by 24% from the previous year, with 240 groups carrying 36,720 delegates.